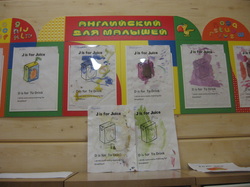 -Kindergarten: the ability to fully express their likes and dislikes about numerous topics.

-Kindergarten: continue to use polite speech in every aspect of classroom life.

-Pre-K: use of the verb "to drink." Limited ability to express likes and dislikes.

-Kindergarten: an understranding that some drinks are better for your health than others e.g water is superior to soda in this fashion.

-Kindergarten: ability memorize for meaning or have automatic recall when we play the fruits, vegetables and drinks matching game---also known as 'Go Fish.'

-Everyone: use and understanding of polite speech in English as a cultural norm.

-Everyone: observation of student to student interactions and behaviour as positive and respectful, this is especially important in the Kindergarten group as we will be starting a good behaviour initative programme soon.

-Kindergarten: during circle time we will begin to express our likes and dislikes via "I like ___" We will use our previously used fruit and vegetable props to express our preferences. The focus of this week is on foods that we can drink both healthy and unhealthy so students will be given the first of two colouring sheets, the first today features healthy drinks: water, juice and milk.

-Pre-K: the colouring activity has been modified to just include 'Juice' a vocabulary word students will practice via saying "I drink Juice every morning." This also allows us to practice the verb of the week which is 'to drink.'

-Kindergarten: healthy drinks continued: coffee and tea. Students will be asked: "Do you like ____?" and "Would you like to drink____?" They are expected to respond in full sentences. Today's activity is a second colouring sheet.

-Pre-K: this cohort will do the same worksheet but only expected to understand coffee or tea and express which they prefer. Sheet will be water-painted.

-Kindergarten: today's activity is incredibly fun and meant to generalize (or make student's apply to real life contexts) their likes and dislikes via a magazine picture collage and self portrait. Please take a look at our weekly journal to see how these projects turned out!

-Pre-K: this cohort will be encouraged to generalize their knowledge verbally and at a much more modified pace, for instance the average student might be able to express: " I don't like tea or "I like apples." Students encouraged also to say "I drink."

-Pre-Kindergarten: will also do the unhealthy drinks sheet via watercolour painting.

-Kindergarten: students will do their weekly 'Friday Review' and enjoy the movie of the week.

Pre-k: due to student absences this day will be treated as review day and students will also enjoy the movie in this cohort.